It might not officially be summer, according to the calendar, but once we hit 100° here in Phoenix, it's summer.  Period.

Summer means many things to many people: lemonade, picnics, maybe vacation.  A few of the things it means for us is "Ugh, what can I make that doesn't involve the oven?" and "I guess I can make something on the stove if it doesn't take too long."
Of course, with The Husband working late some nights, summer also means for me "What is fast and easy and not that messy but that I don't have to heat up the house to make?"
Enter summer salads. 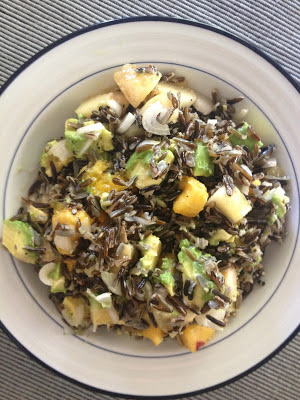 This particular beauty was inspired by Kat, who, for several days this past month, was texting us about her "regular" lunch of strawberry, mango, and avocado salad.  My mouth was watering, and I knew that would be a perfect starting point.  When I realized that I still had some delicious black rice in the pantry, I had a winning combination.
This salad is ridiculously simple, and it's easy to change up the ingredients as you have them.  And unless you want to add a sprinkling of feta (which I have twice in the five times I've made it), this healthy recipe is vegan as well as gluten-free.


Cook the rice according to package directions.  If you need to, drain out any remaining water before tossing with the onions, chopped fairly fine, and the oil and vinegar (to taste - I only used about 2 Tbsp of each).
Cut up the avocado and mango into bite sized pieces and toss in with the rice.  The rice should still be a little warm, which will make the avocado get a little melty.
Season with salt and pepper to taste.  Serve immediately or chill for later - this recipe serves one as a meal or two as a side.  It's delicious any way you try it. 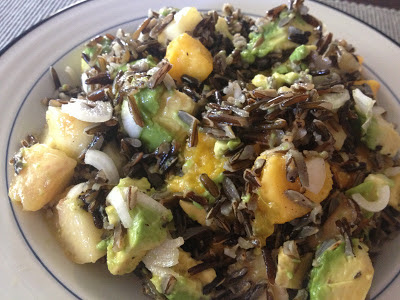 Sunday was Zooey's birthday; we celebrated by going for a 6-mile run, and after a nap she feasted on a dinner of turkey necks, sweet potato, and kefir with a sprinkling of olive oil.

This month, I received my inaugural package from Stride Box, one of the handful of companies recently popping up to send subscribers a variety of goodies each month.  I have a few friends who order Birch Box, which is the same concept but with makeup, but since I 1) rarely use makeup and 2) have gone all crunchy with my skin care routine, I knew that wasn't the route for me.  But Stride Box, created for runners, was right up my alley.
I signed up in April, but since that package was already sold out, I had to wait breathlessly until May.
The day that it arrived, HRH also received a sock monkey dressed as a chicken that plays "The Chicken Dance" from one set of grandparents.  Yes, they are in so much trouble.  No, they are not sorry.
But I'm pretty sure I got the better of the two packages anyway: 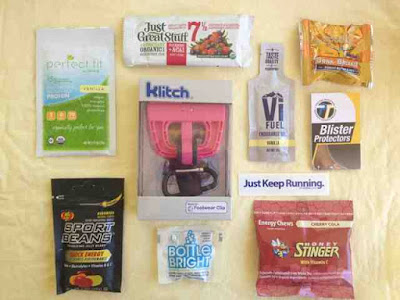 I've already had the fruit bar; I confess I had it for a snack rather than before/after a run.  It was pretty tasty, although it wasn't as fruity as I had expected.  The cashews (the first ingredient on the list, which I read after I plowed through the bar itself) definitely played a role in the taste.  I haven't broken into the jelly beans, but I know that I like them, although they aren't the best snack to have when it's chilly out, so they should be perfect for those long runs during this summer, when it will be hot even before the sun comes up.
I'm looking forward to trying the Vi Fuel; if I like it, I'll be curious to try their peach cobbler flavor.  I usually like the fruit flavors better than the vanillas or chocolates, which feel a little heavier to me.  Fruit tends to taste a little more "refreshing" in some way.
This weekend The Husband and I are going on a hike up north, so I'll definitely be taking several of these goodies, as well as the shoe clip, to get through the day.  I'm sure I'll need some "candy" after having to deal with the water that we'll encounter, which is not my favorite (it's what stands in the way of me ever considering the notion of doing a triathlon).
I think the benefit of Stride Box is helping me break out of my routine and try new things without having to invest in large boxes of somethings that I may end up not caring for.  I'll be making a note of everything that I find awesome and everything that I find "meh."
Of course, now I just can't wait until next month.

Do you subscribe to a monthly package?  What have you gotten?  Do you think it's worth it?
Posted by Decadent Philistines 2 comments: 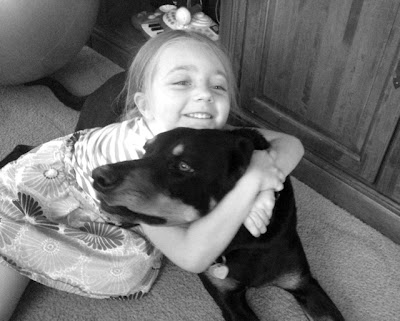