I dream about horchata.
It may be my spirit animal drink.
I've raved before about the amazing horchata that Jeanne's husband TCP made for us during our big OKMH meet up in Houston earlier this year, and I could truly wax poetic on how drinking it basically tastes like fairies are dancing on my tongue.
It's seriously that good. Make it. You're welcome. 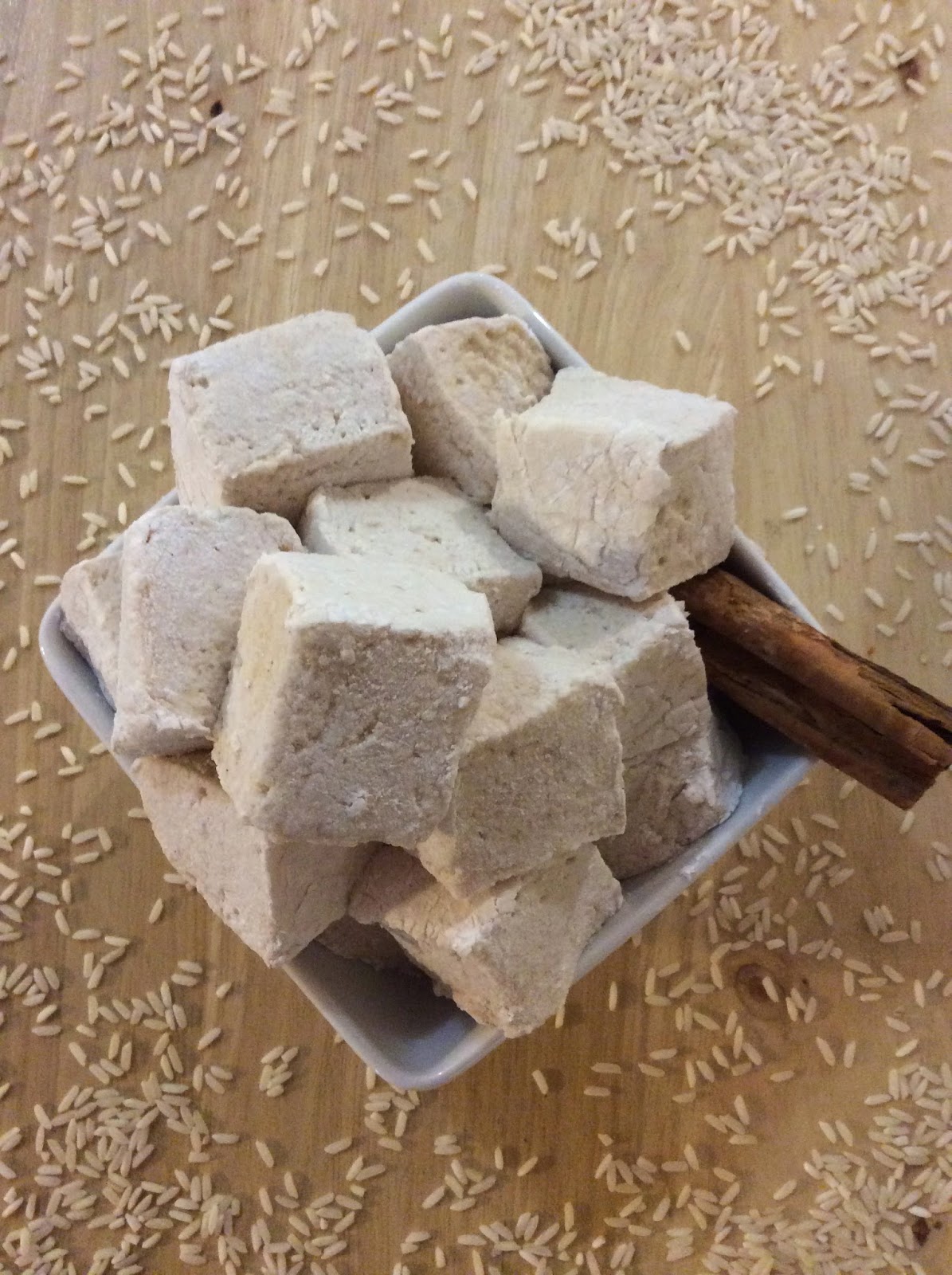 But instead of waxing poetic, I channeled my enthusiasm into making yet another treat inspired by this most delicious of concoctions. Because horchata ice cream just wasn't enough.
I do not regret my decision. 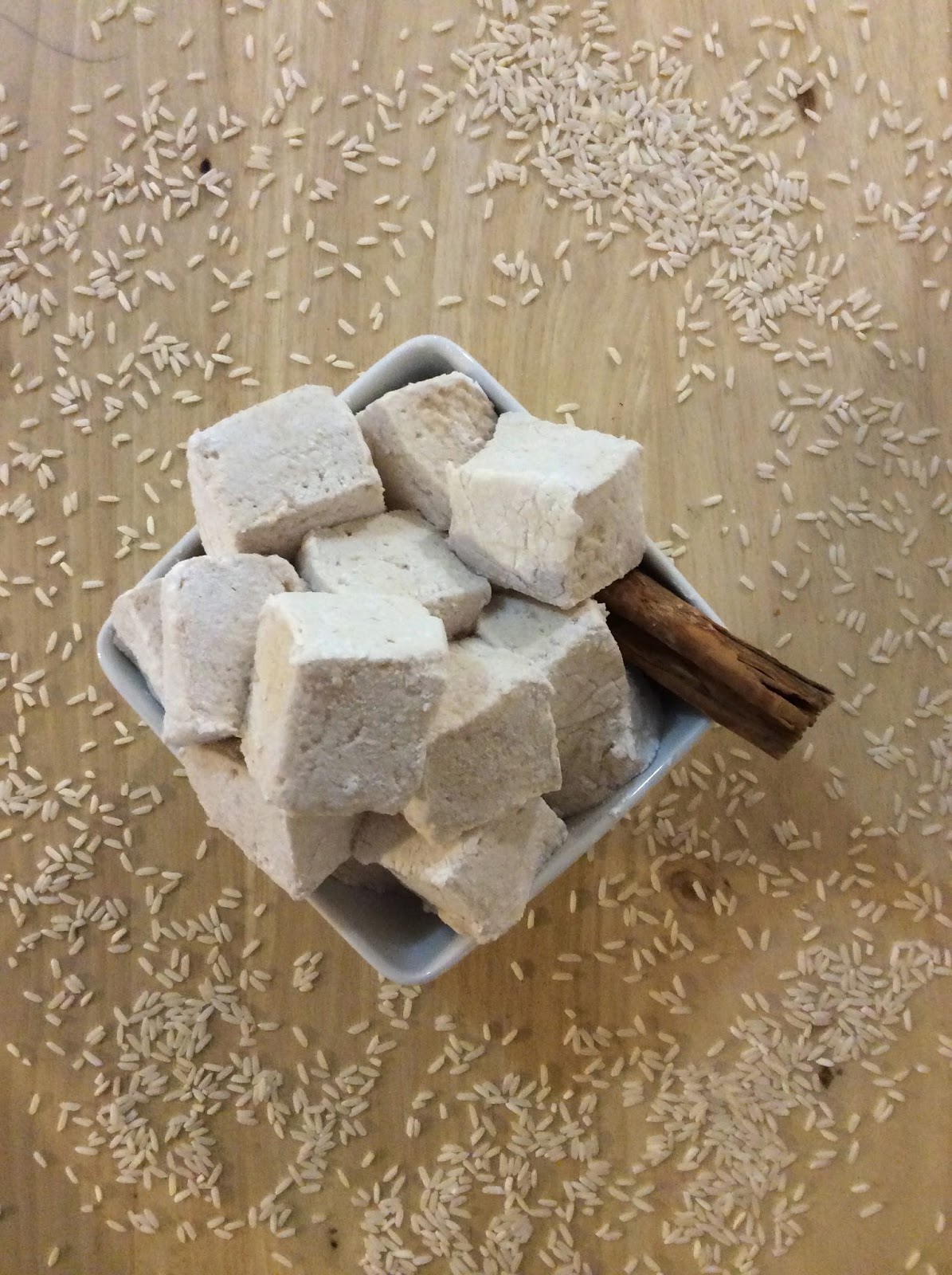 These marshmallows are so good that I told Husband to get the ones I didn't ship off to Kirsten (and I had to seriously think long and hard about shipping them instead of keeping/eating them) out of the house.
Which he didn't do.
So I ate them.
I do not regret my decision. 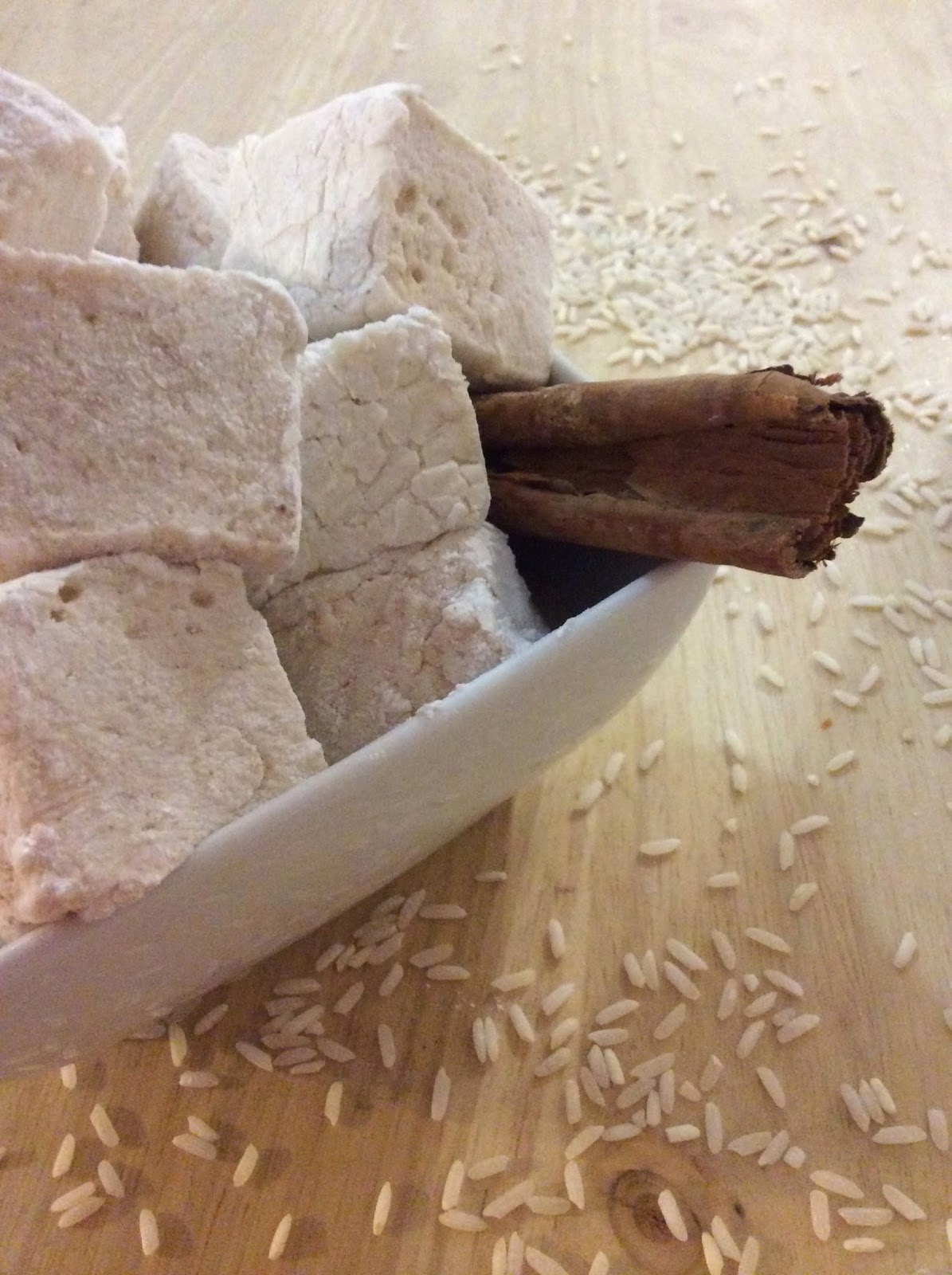 For the horchata starter:
For the marshmallows:
Combine the rice and boiling water in a blender (you may want to allow the water to cool just slightly before you turn it on, or things could go….awry); blend for 90 seconds. Add the canela; cover the blender jar and allow to sit on the counter overnight or up to 48 hours. Strain liquid through a fine mesh sieve (discard the rice and canela) and refrigerate until completely chilled before beginning the marshmallows.
Combine the horchata starter, salt, and vanilla extract in the bowl of a mixer.  Sprinkle gelatin over the mixture and whisk to combine, being careful to get rid of any lumps.  Set aside.
Spray a 9X13 pan with either pan spray or coat with oil (I use my Misto and olive oil).  Line the pan with plastic wrap, and then coat the top of the plastic wrap with oil.  Coat completely with your powdered sugar and corn starch mixture.  I've played around with how much, and what I've found works well for me is to coat completely and then tap out the excess.  This makes, for me, a less clumpy end product.  Set the pan aside.

Bring sugar, syrup, and cinnamon (and a splash of water) to a boil.  Continue to boil until the mixture reaches 244° (the soft ball stage).
When the syrup mixture reaches about 235°, turn on the mixer, using the whisk attachment, to low or medium low.
As soon as the syrup reaches the proper temperature, remove and pour into the mixing bowl, continuing to whisk on low/medium low.
Gradually raise the speed of the mixer.  Continue to whip until the mixture has about tripled inside (read: you're fearful it will overflow) and it starts to come off the sides of the bowl in small threads.
Using a large spatula liberally coated with pan spray or olive oil, pour the marshmallow cream into the prepared pan, carefully spreading it out evenly.  Take a pause to lick the spatula before throwing it in the sink.
Sift the corn starch-powdered sugar combination over the top of the marshmallows, making sure that you can't see any of the shiny mallows under the snowy powder.  Allow to sit, uncovered, for several hours or overnight.
Once the marshmallows are set, invert the pan over a large cutting board.  Use the plastic wrap to easily remove the marshmallows from the pan.  Using a serrated knife, cut into one inch cubes, tossing each in more corn starch and powdered sugar before storing in an airtight container for about a week (or however long the mallows last). 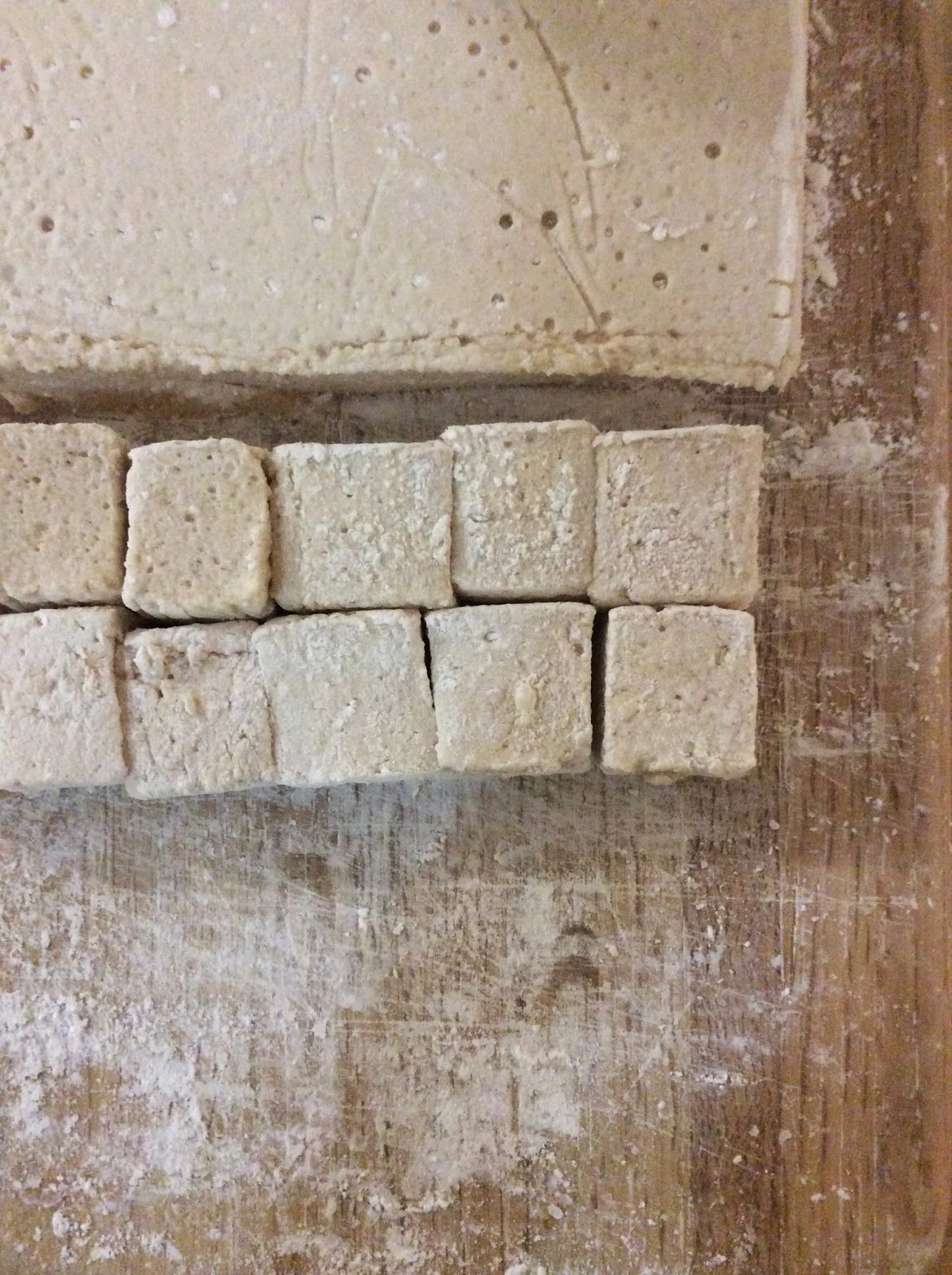 Some serving suggestions (if you want to be more refined than cramming them straight into your mouth):
However you take your mallows, I encourage you to enjoy them with friends, since friends make life sweeter than any marshmallow can.
Posted by Allison