HRH has been going to weekly swim lessons for almost three year now. Swimming is, obviously, a skill that Arizona kids need to have; there are so many pools here that it's really not a luxury.  While Husband was a simmer in high school, I'm not much of a swimmer; I get panicked when my face is in the water, but I'm trying very hard not to project that irrational fear to her.
Thankfully, she doesn't seem to have picked up on my proclivity for non-water-related activities and has come a long way from sitting at the edge of the pool crying for the entire 30 minutes. Right now she's in the "Star" level and is becoming proficient in both the crawl stroke and the backstroke. She's loving every second of it.
Last weekend, the swim school hosted a "try-athlon." I signed HRH up for it the second I heard about it, and I've been playing up the excitement ever since.
Of course, it wasn't a regular triathlon; to make sure the kids stayed interested, the swim and run legs were obstacle courses; the cycling leg was deemed tricky enough, since several kids, HRH included, are less proficient on those training wheels-encumbered bikes than their swim strokes.
For the swim, the kids jumped in the pool inside a giant floaty (probably not the technical term, but we've established that I'm not hip to the pool lingo) and swam to almost the halfway point. Then they had to go over one lane marker and under another before they swam to the other end, where they had to toss a basketball into a hoop.
HRH struggled once she got out of the floaty; 25 meters is farther than she's ever swum. But the coaches were great; there were always enough coaches in the pool (and more on the deck) to make sure all the kids made it safely regardless of their ability level. 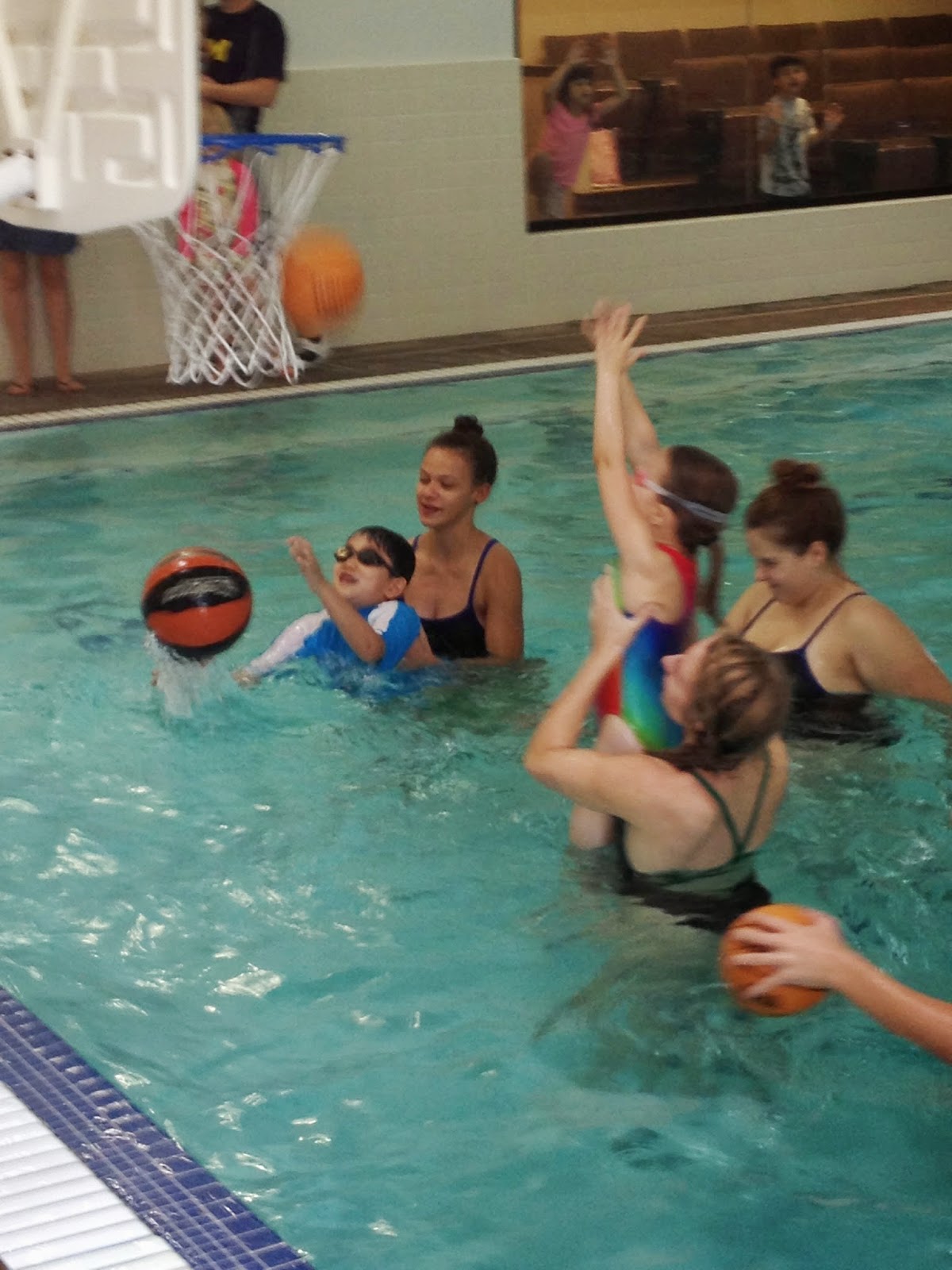 Her transition time needs some work; she didn't really cooperate with me as I put her socks on (she insisted on socks because she wears socks with her running shoes), but once her shoes were on, she was off to the bike.
I've actually been suggesting that she get a little bike for a while, and she's resisted, saying that she's happy with her tricycle. So it was no surprise that she was hesitant. Once again, the coach came through and helped her the entire way (a giant loop on one side of the blocked off parking lot), even though it seemed like HRH pedaled less than half the time. 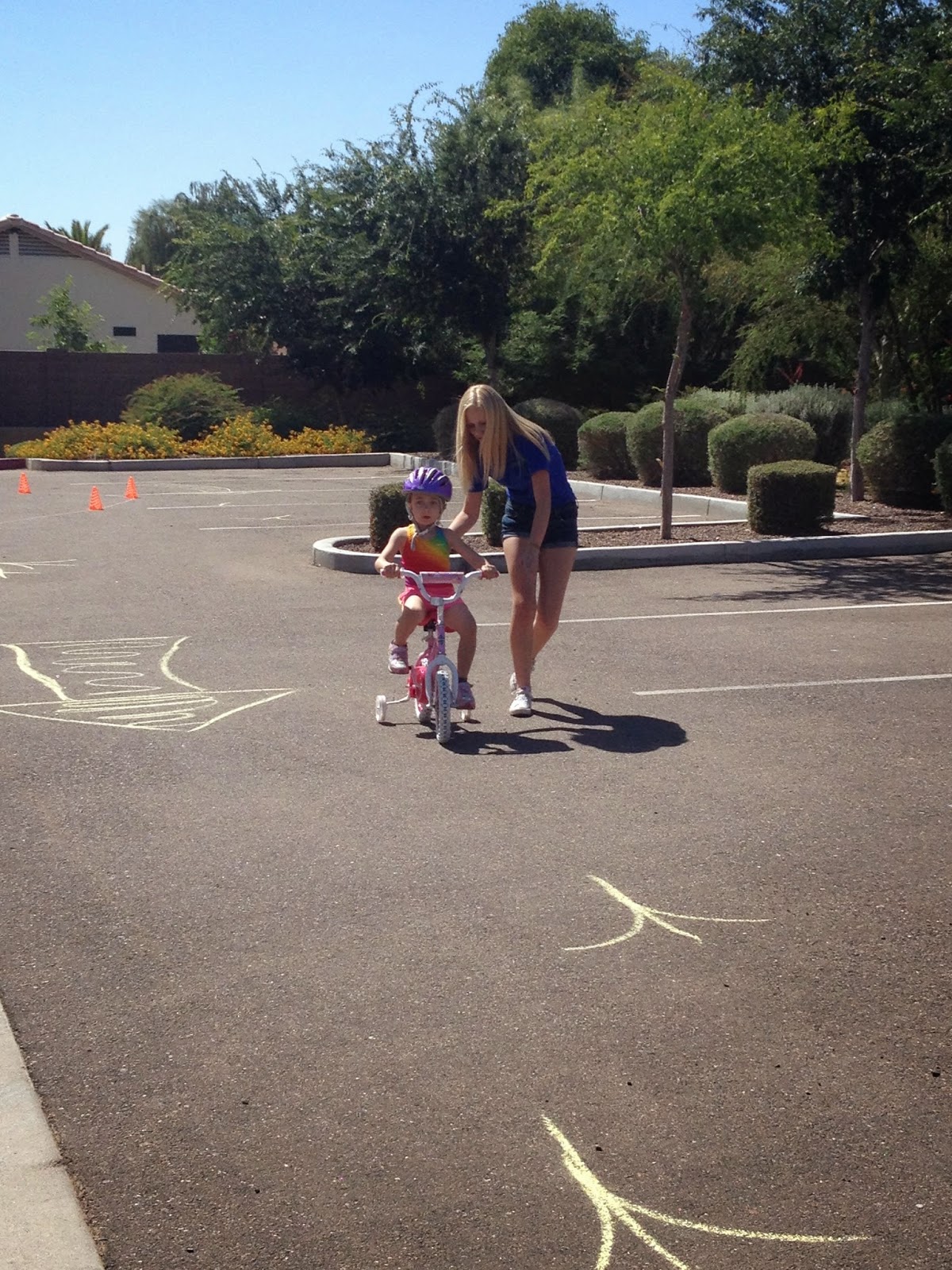 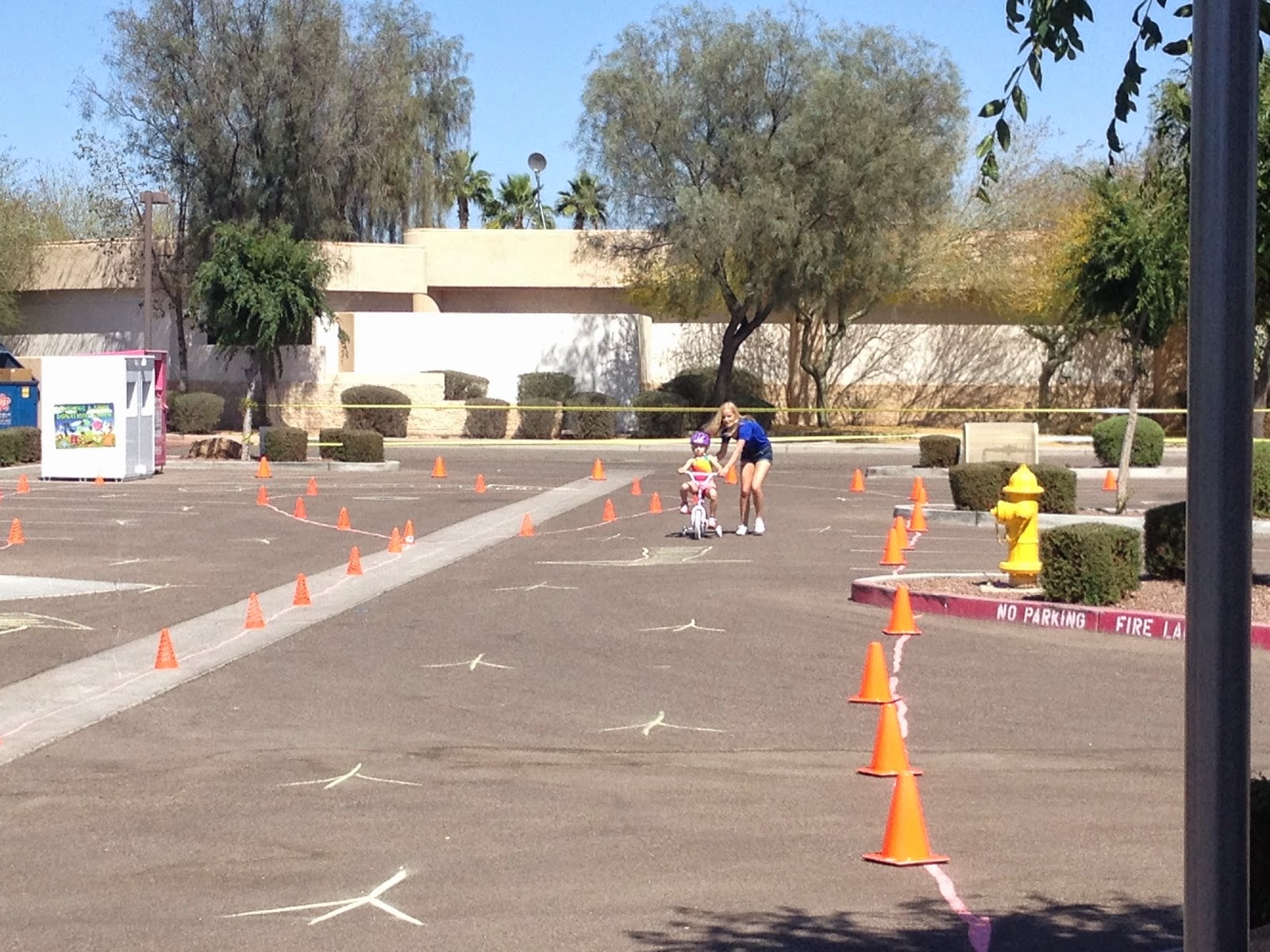 Finally, the running. This was the longest distance, although not terribly far in HRH's estimation, and there were five obstacles. The first I honestly can't remember - I think it involved jumping, but I was trying to get close for a snap and missed it. Then she had to jump rope four times, hula hoop five times, crawl through a big pipe, and run through a "human car wash" before crossing the finish line. 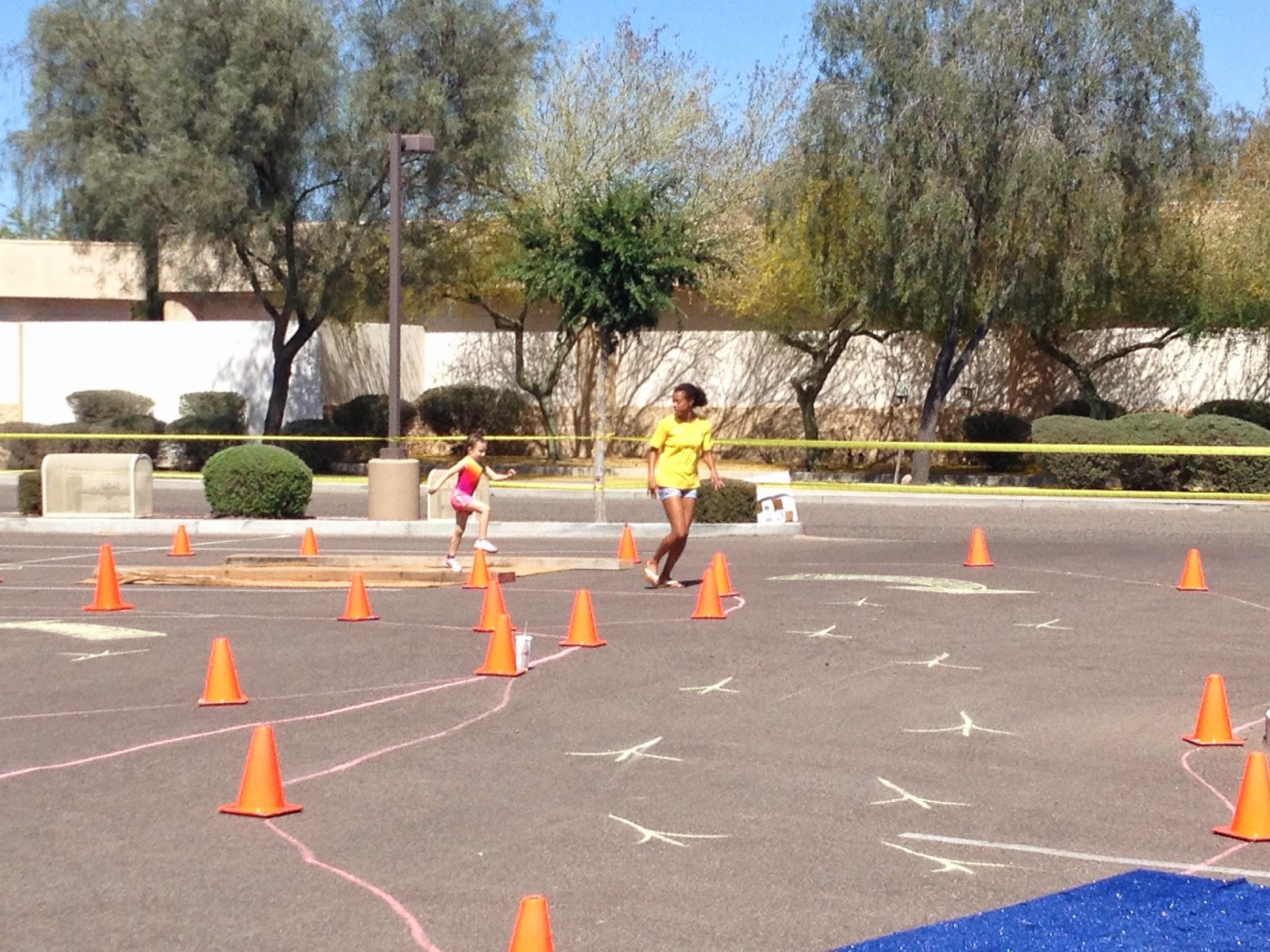 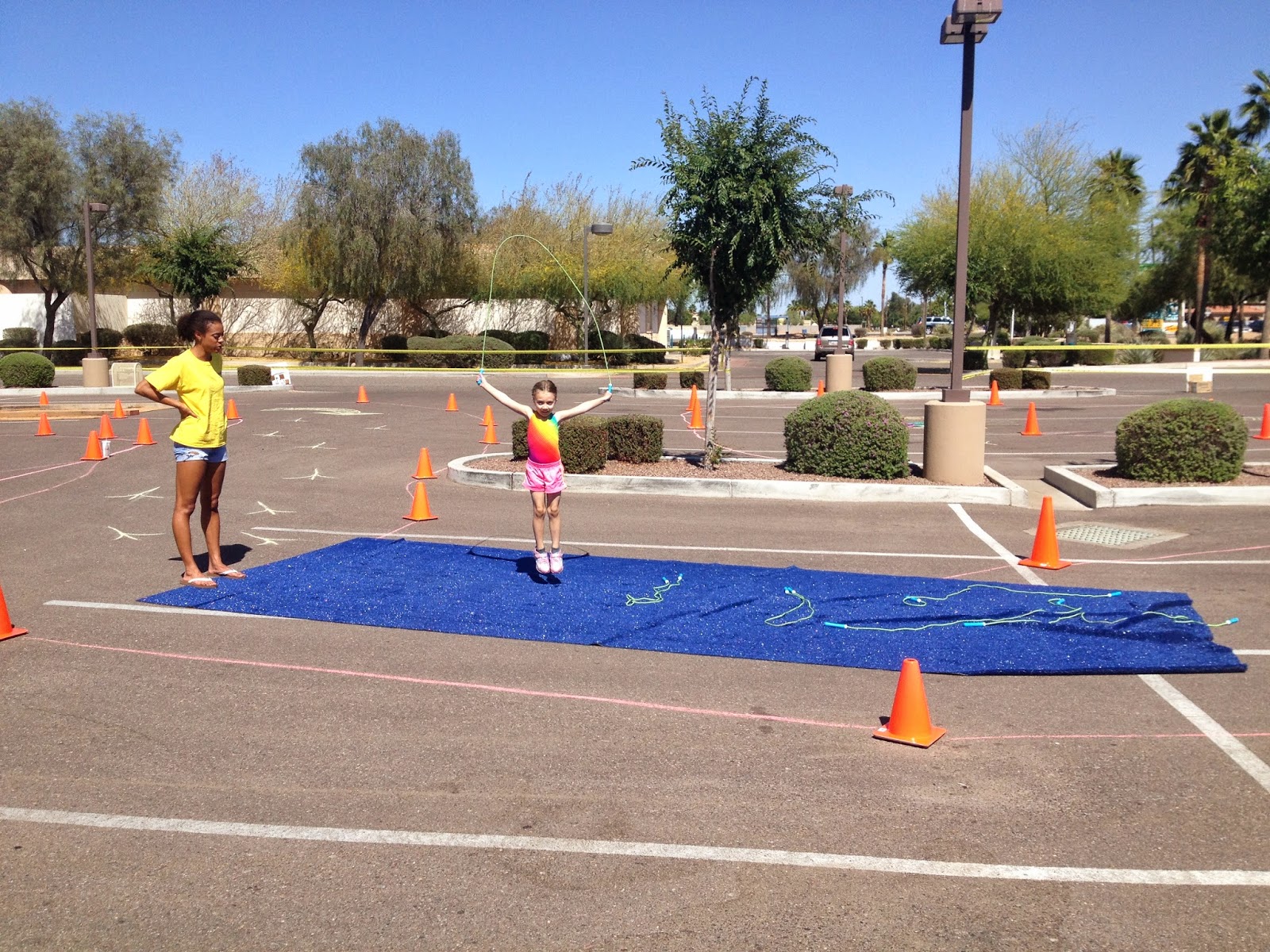 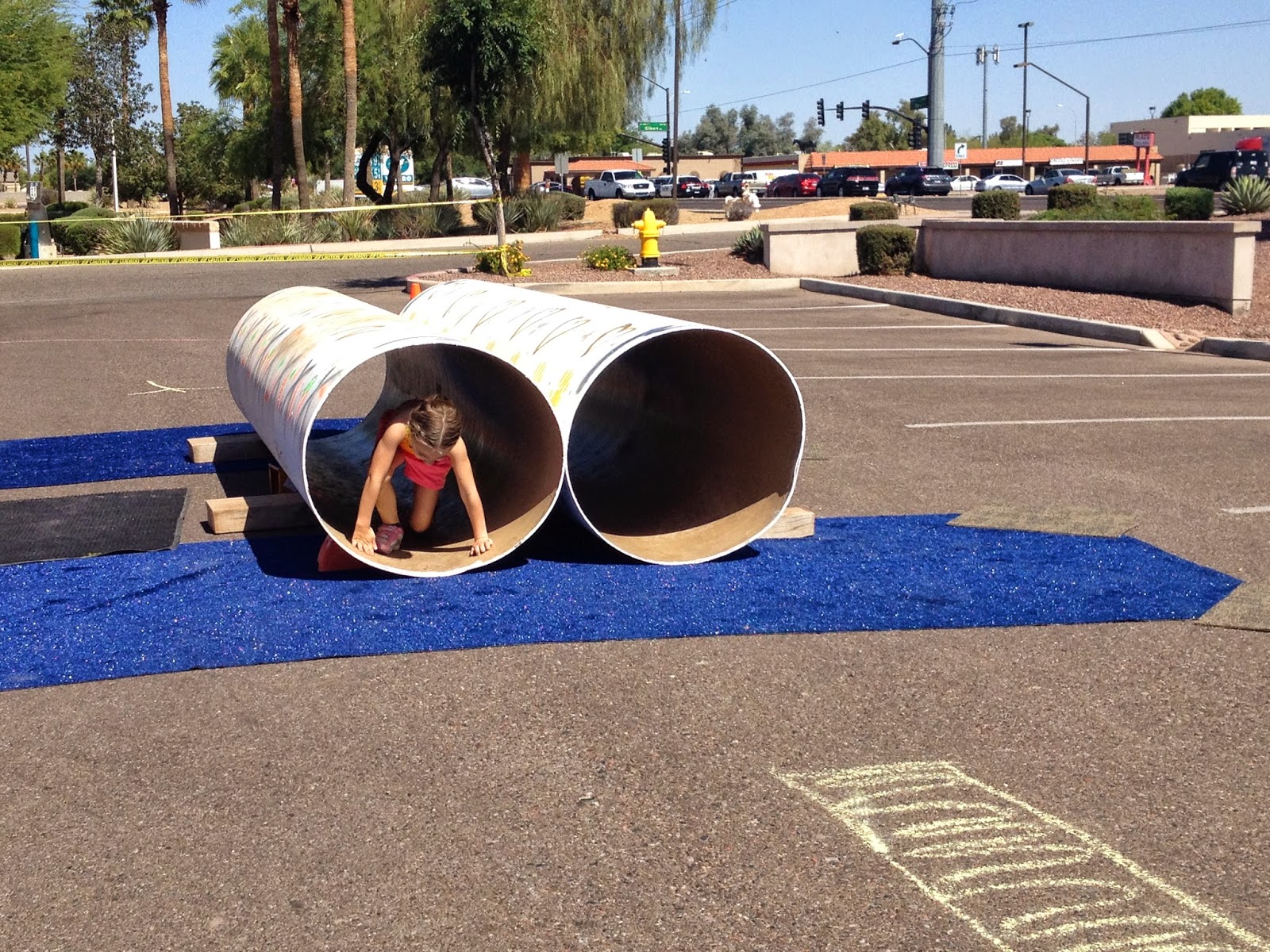 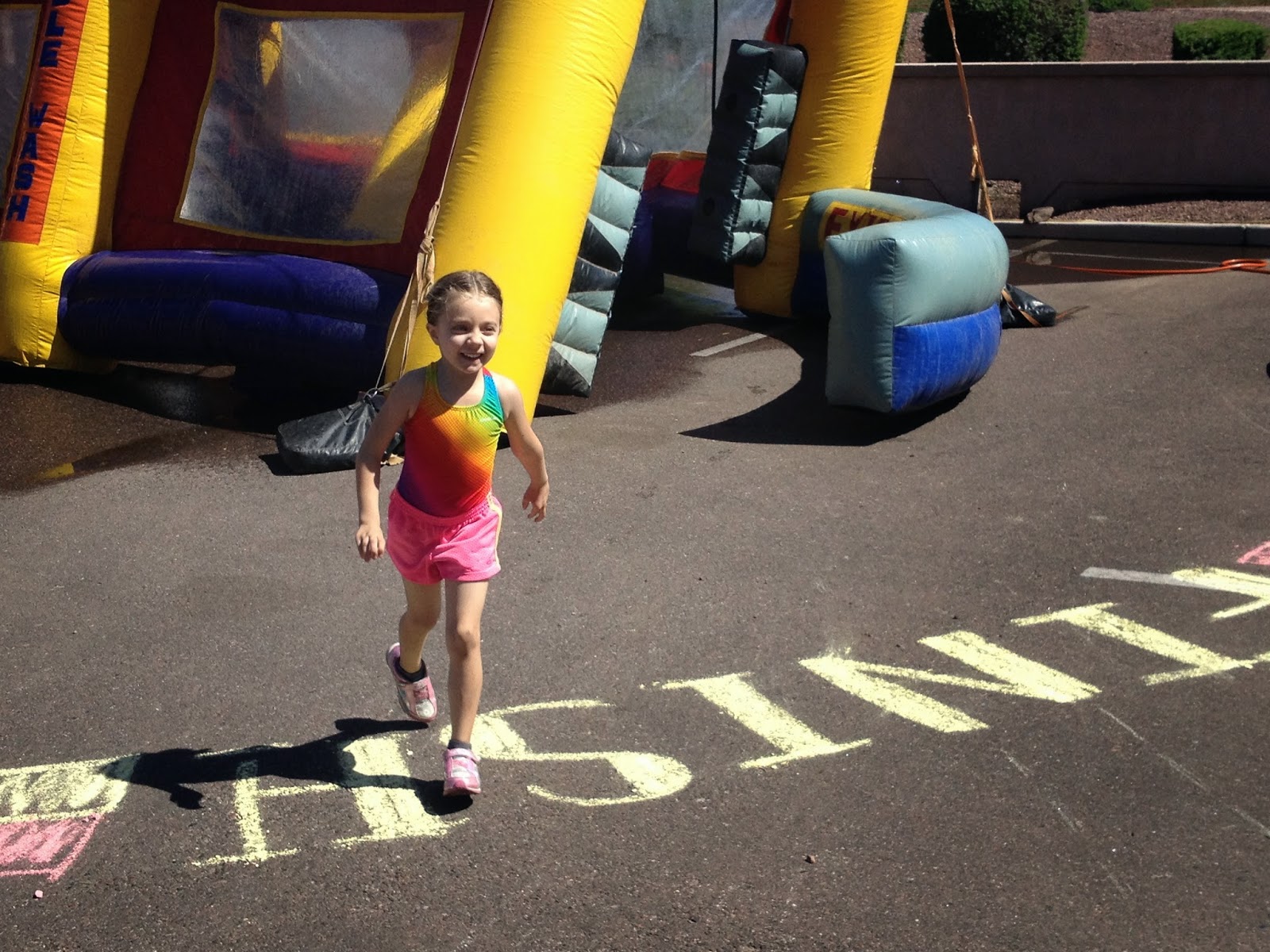 And at the finish, water and orange slices as runners accepted their participant medals. 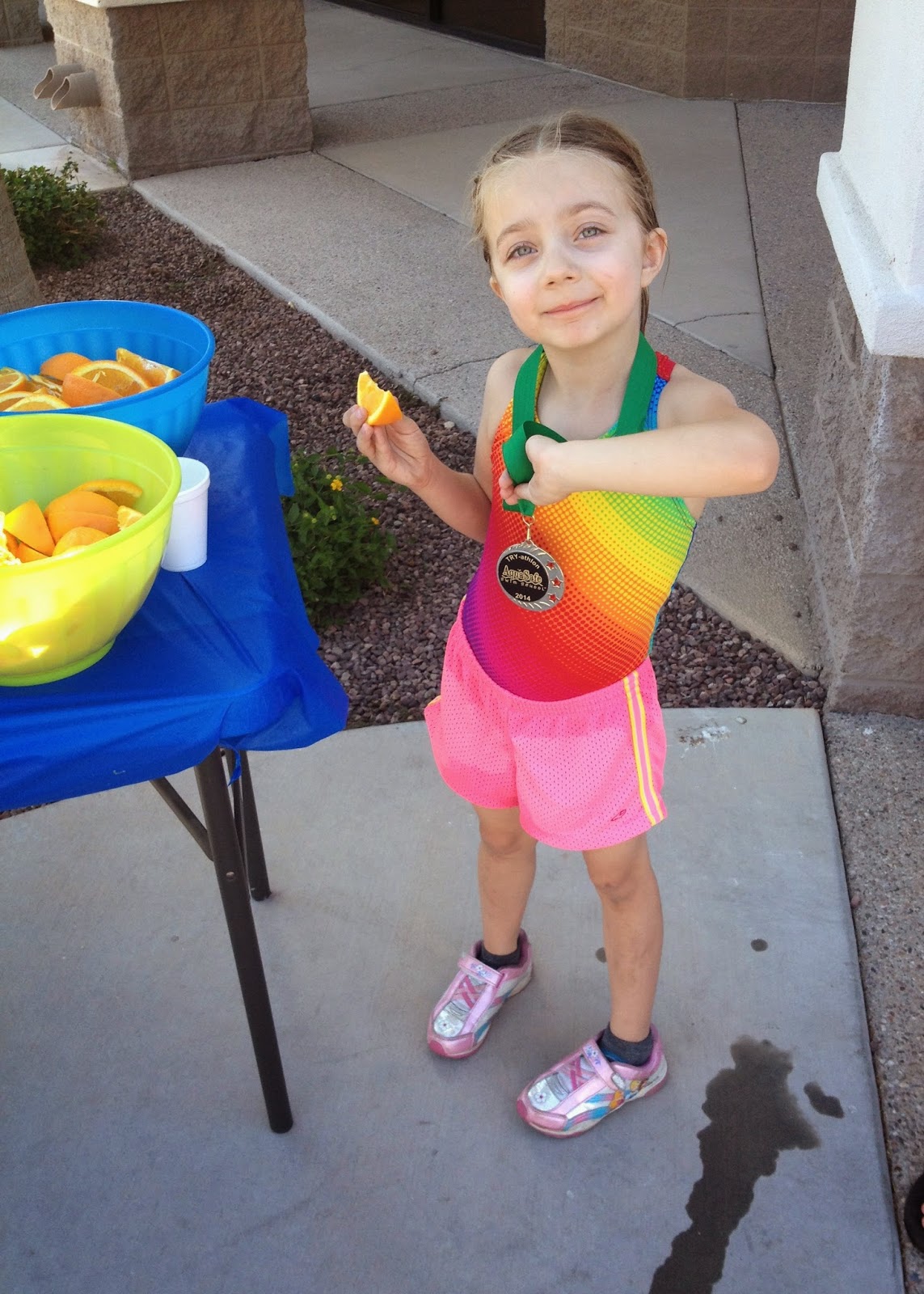 She just loved it. She's already game for another triathlon and has decided that she does actually want a bike after all.
Of course, I'm ridiculously proud of HRH. While she has swum, biked (OK, triked), and run before, the longer distance in the pool and the obstacles that were put into place could have thrown her off. But she kept her cool, especially when she began to struggle in the pool (it took all of my energy NOT to panic) and asked the nearest coach to help her. Being able to speak up when she really needed it and continue with an activity even if some parts (the biking) were a little scary is a quality I want her to have, and now that she knows the exhilaration of success, I think that the event really cemented that lesson.
And now it's time for me to get healthy so we can do a race together someday.
Posted by Allison