Anatomy of a Salad

In an attempt to balance my need to not throw any more slimy veggies into the compost bin AND use the anise-scented fennel that we got in last week's share,  I decided to make a hot salad.  Reasons: 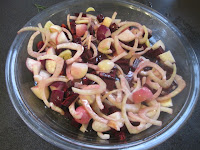 In addition to the fennel, I chopped up some beets and the radishes that I could have sworn we had the other day but wasn't able to find until last night.  All of these were tossed in a little olive oil and thrown in the oven after I attempted to make croutons with the last few end pieces of bread that I had, sitting and taking up space in the fridge.
I cut the pieces up into little squares and tossed them in a bowl with olive oil, cracked black pepper, salt, garlic powder, and onion powder.  Then I threw them in the oven for about 15 minutes at 400°.
The good news is that I made enough croutons to go on the salad.  The bad news is that I still ended up burning over half of them.
Still terrified that I would suffer through a licorice salad, I roasted the veggies until the fennel was crispy and kind of black.  At least the beets were tender, right?
Then, I constructed.

Red leaf lettuce from our CSA 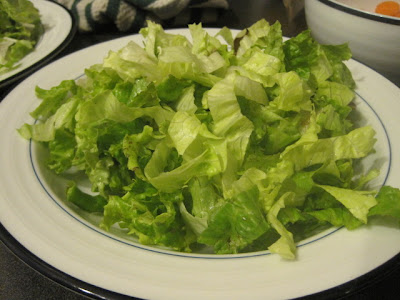 Carrots from our CSA 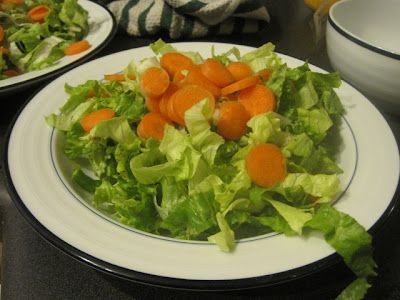 Craisins® (from Costco - we go through a lot of these) 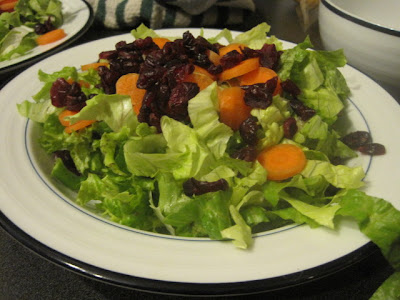 Mandarin oranges from the farmer's market 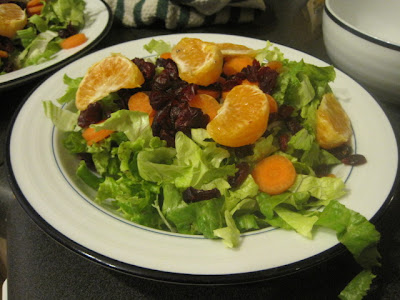 Slices of string cheese that HRH has decided she doesn't like 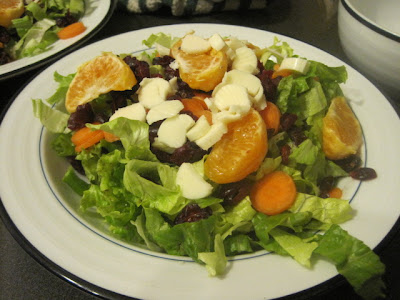 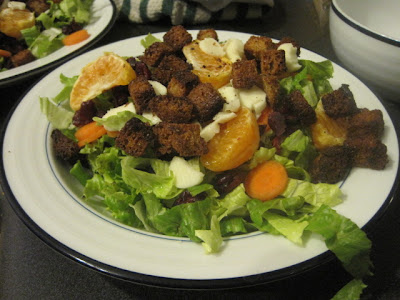 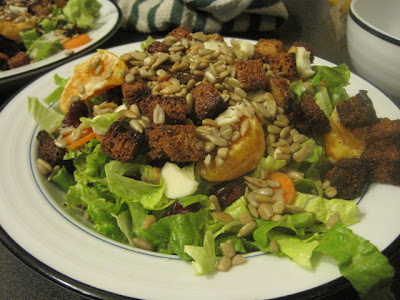 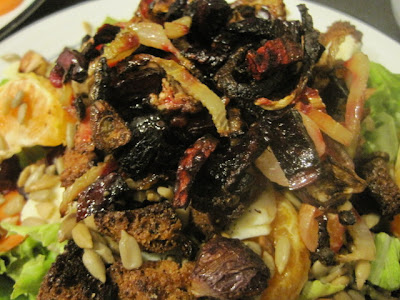 I finished mine off with a sprinkling of parmesan and some olive oil & balsamic vinegar.  Scott left his "naked."
I was impressed, but I was only able to taste the beets, so I feel kind of like I cheated in my first use of fennel.  We'll see what happens next time - maybe I'll get a little more gutsy.
And maybe not.
Posted by Allison